The photographs utilized in the silk route series were taken between 1997 and 2000 in China, India, Mongolia, Tibet and Nepal. The fabrics utilized within The pieces was collected between 19997 and 2009 and include an antique Chinese Jackets, 19th Century hand printed Tibetan blanket, Shanghai Tang Jacket, contemporary Indian and European silks collected by Mr. Hersey between 2006 and 2009. The frames were created by Cannon Hersey with a blacksmith utilizing architectural Bronze. 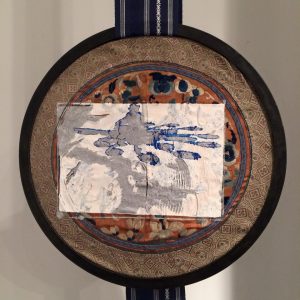 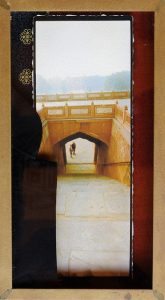 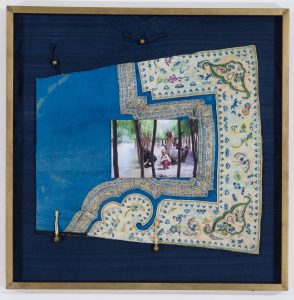 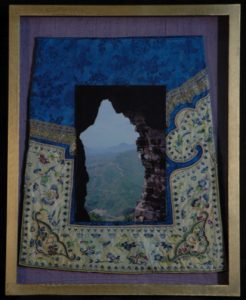 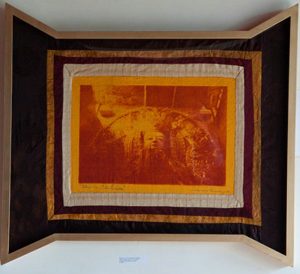 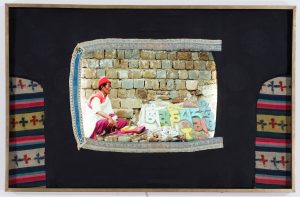